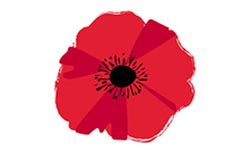 Every year on the 25th of April, since 1916, ANZAC Day has been celebrated as a day to commemorate our Australians who lives were lost in Gallipoli. ANZAC stands for Australian and New Zealand Army Corps.

The ANZACs landed on Gallipoli April 25th 1915 with the intention to knock Turkey out of the war. But they were greatly challenged by the opposition, being the Ottoman Army. This dragged out for 8 months, before the ANZACs evacuated, after losing well over 10,000 soldiers.

There are many ways that we celebrate ANZAC Day. The first one is the Dawn Service, beginning as early as 4.30am. This is approximately the time that the ANZACs landed in Gallipoli before their prolonged 8 months of battle. Next is the Anzac Day March. Veterans, school kids, families and all other members of the community are invited to either participate by marching or watching on and remembering the lives lost of those who fought for our country.

Other common things to see occur on Anzac Day include the game of two-up, wearing Poppies or Rosemary, laying of wreaths, Anzac Biscuits, and of course, Anzac Day speeches, the Ode and The Last Post.