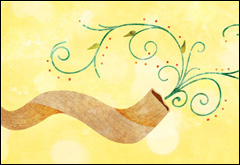 Yom Kippur is the holiest day of the year in Jewish tradition. Yom Kippur means ‘Day of Atonement’ and occurs in October – from sunset on October 8, until after nightfall on October 9.

Just months after the people of Israel left Egypt, they sinned by worshipping a golden calf. Moses prayed to God to forgive them. This day, the day Moses came down from the mountain, was forever known as the Day of Atonement. That year, the people of Israel built a tabernacle for God. The tabernacle was a portable home for God and a centre for prayers and sacrifices. On Yom Kippur, the High Priest would perform a specially prescribed service, which included offering incense in the Holy of Holies. This practice continued for hundreds of years when Jews from all over would gather in the Temple to experience the sight of the High Priest performing this service, obtaining forgiveness for all of Israel.

What to Do Before Yom Kippur

Forty days before Yom Kippur, the shofar is blown every morning and Psalm 27 is recited after morning and afternoon prayers. It is customary to begin reciting the Sleichot, which builds an atmosphere of reverence, repentance and awe leading up to Yom Kippur. For the week before Yom Kippur, special additions are made to prayers and people pay particular attention to their mitzvah observance. The Day before Yom Kippur, is set aside for eating and preparing for the holy day. Yom Kippur is a day of fasting.

How Yom Kippur is Observed

No work is to be done on Yom Kippur. The following five actions must be avoided:

The day is spent in the synagogue, where five prayer services are held:

After night has fallen and the Nielah service has ended, the congregation erupts into joyous song and dance. A single blast from the shofar is followed by the proclamation, ‘Next year in Jerusalem.’ A festive after-fast meal is had. Even though Yom Kippur is a solemn day, it is also joyful as the people have confidence that God will accept their repentance, forgive their sins and seal their verdict for a life of health and happiness. 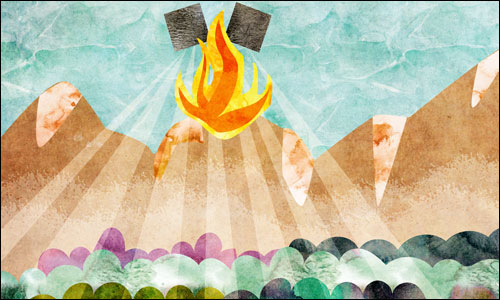 Adapted from the article; ‘What is Yom Kippur? The Day of Atonement’ https://www.chabad.org/library/article_cdo/aid/177886/jewish/What-Is-Yom-Kippur.htm#History