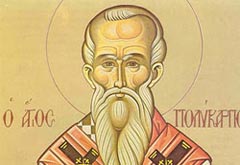 Polycarp was a disciple of Saint John the Evangelist.

As a disciple of John the Evangelist, Polycarp was able to hear firsthand stories about the life of Jesus from the apostles. After the apostles had gone, many heresies sprang up about Jesus’ true teachings and controversy arose about how to worship Christ. Christians were also being persecuted.

Polycarp was a holy man and the bishop of Smyrna. He lived his life true to the life of Jesus. When he addressed disagreements, he focused on forgiveness and respect.

There was a demand for the persecution of Polycarp, and he was persuaded to leave the city and hide at a nearby farm. While he was there, he saw a vision of his pillow turning to fire. He automatically knew that this vision meant he would be burned alive.

Eventually, those searching for him found Polycarp. Before they took him back to the city, he graciously fed them a meal and spent two hours praying for them. His captors must have wondered why they were arresting this elderly man, who was now eighty-six years old.

When Polycarp was sent into the arena for persecution, the crowd around heard a voice from heaven, ‘Be brave, Polycarp, and act like a man.’ Polycarp was begged to renounce his faith, but he refused, announcing, ‘I am a Christian.’

Polycarp was told he would be burned alive. Still he refused to renounce his faith. He was tied up and the fire was lit. The eyewitnesses, who reported the event, described a miracle. The fire burst up in an arch around Polycarp, the flames surrounded him like sails, and instead of being burned, he glowed like bread baking. When the captors saw that he wasn’t burning, they stabbed him instead. His blood put the flames out.

After Polycarps’ body was burned, the Christians stole his bones in order to celebrate the memory of his martyrdom. 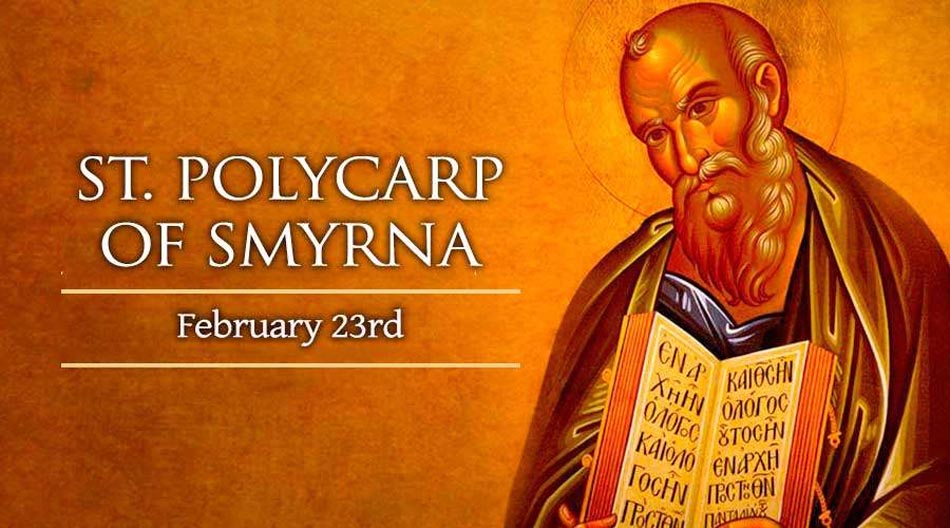