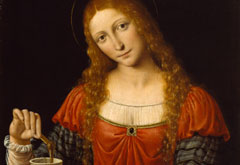 July 22 is the Feast of St Mary Magdalene, also called Mary of Magdala. Once only celebrated as a memorial in remembrance of St Mary Magdalene, Pope Francis announced the status of the Mass was to be elevated to a Feast in June of 2016. Other than Sundays and Solemnities, it is the next highest rank of importance, raising her to be equal to that of the Apostles who are also celebrated as Feasts.

Liturgically, white is used to celebrate feasts of the Lord; Christmas and Easter, the great seasons of the Lord; and the saints because it is the colour of heaven. If gold is available, that can and should be used instead.

The Feast of St Mary Magdalene is considered one of the most beautiful. She has always been an example of great love and great forgiveness. That love was praised by Jesus Himself.

St Mary Magdalene was healed of ‘seven evils’ by Jesus. She ministered to him in Galilee and was present at his crucifixion. She was in the group of women who were the first to discover the empty tomb, and she was the first to recognise Jesus as the risen Christ where she followed his instructions to tell the Apostles what had happened. Because of this, she was given the title of Apostolorum Apostola, or ‘Apostle to the Apostles.’

St Mary Magdalene’s image has been repeatedly twisted and bent, confused and conflated, and denied and conflicted throughout history. She has inspired thousands of art pieces through the centuries and according to Robert Kiely in his book, Blessed and Beautiful: Picturing the Saints, ‘No figure in the Christian Pantheon except Jesus, the Virgin Mary, and John the Baptist has inspired, provoked, or confounded the imagination of painters more than the Magdalene’.

Where she is buried, no one knows for certain but legend has her dying in France, in a cavern near the Sainte-Baume mountains, where she spent her last days, and her body resting in the chapel of St Maximin in the Maritime Alps. Another has her buried in Ephesus where she went with St John after the Resurrection.

Whatever the case, St Mary Magdalene likely had a privileged place in the early Church due to her devotion and love for Jesus.

In our earlier blog titled, ‘Who was Mary Magdalene?‘ it is stated, ‘We can all learn from St Mary Magdalene. We can learn that Jesus can heal us all, as he did for her. And we can learn what is means to be Jesus’ faithful servant, as Mary so clearly was.’ 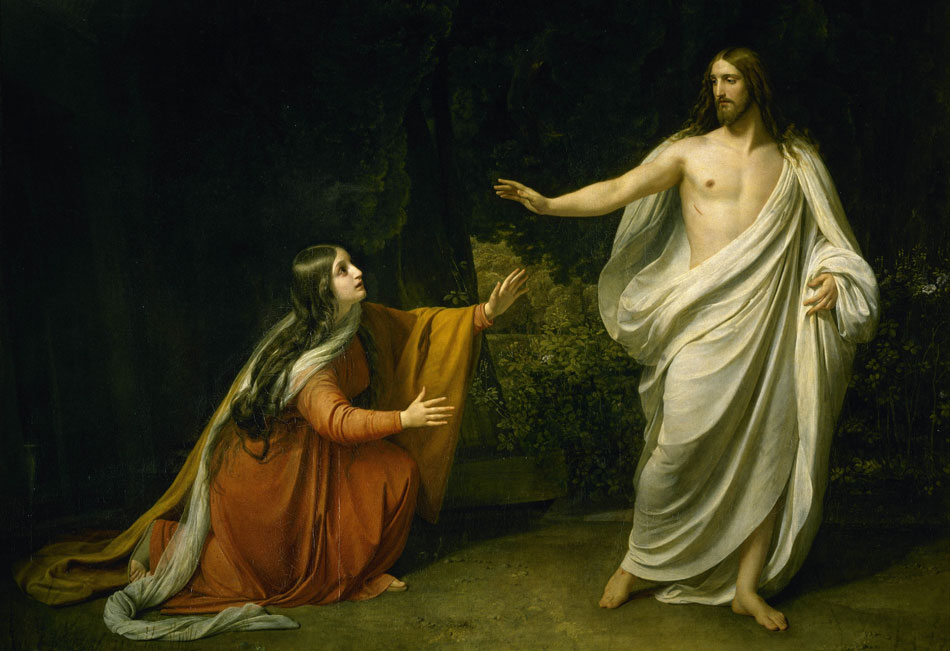